If you have ever watched an episode of the series Outlander, then you are pretty much aware of how sexy and rugged the title character is, portrayed by Sam Heughan.  But, is he the stuff of which the Bond character in the James Bond franchise is made of?

If you ask Sam Heughan the answer would be YES!  With Daniel Craig set to depart from the titular role with his last appearance in the upcoming No Time To Die, Heughan feels that now is the perfect time for him to take on the part.

British secret agent, James Bond or as the bad guys know him, 007, was originated by writer Ian Fleming.  Fans of the franchise were introduced to Bond, then Sean Connery, in the first film, Doctor No, released in 1963.  The character was a huge success and became one of the most well-known film franchises to date. 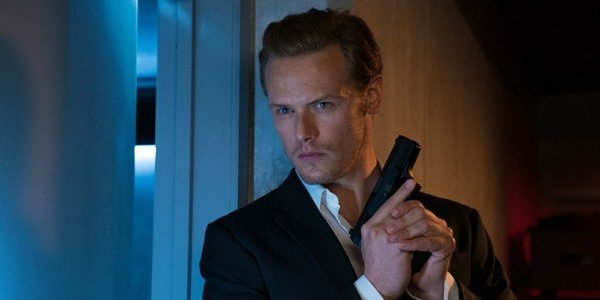 Since Bond’s initial outing, the character has taken on many different faces and many tones, each different and unlike the one before.  As portrayed by actor Daniel Craig over four films, the most recent version of Bond provides fans with a more serious take on the world’s most suave secret agent.

With Craig getting ready to exit the role, the rumor mills have been rife with who should and most probably will take his place.  One of those actors being bandied about is Sam Heughan, Jamie Fraser from Outlander.

As it turns out, Heughan is no stranger to the Bond role, in a sense, as he auditioned for it at the same time that Craig did.  Now, Heughan may have another chance to take on the iconic role, and one has to wonder if, this time around, the results may prove a little different.

Only time will tell who will get the coveted role, but first, we should let Craig enjoy his send-off with his final appearance as 007.