As Harrison Ford looks ahead to his last outing as his titular character Indiana Jones, portraying the good doctor of archeology for the fifth and final time, all eyes are now turning to who may be his possible replacement in the role.

Up to this point, no official word about the franchise’s planned future has been offered, but many believe that an announcement is coming soon.  Rumors indicate that Phoebe Waller-Bridge is being considered the lead actor in line to take over the franchise from Ford.

Kathleen Kennedy, the producer behind the Indiana Jones franchise, reportedly stated she would like the announcement to be both “bold and big.”  Kennedy offered that it would be a huge statement rewarding the role to Phoebe, and there her taking on the role would undeniably change the main character’s gender. 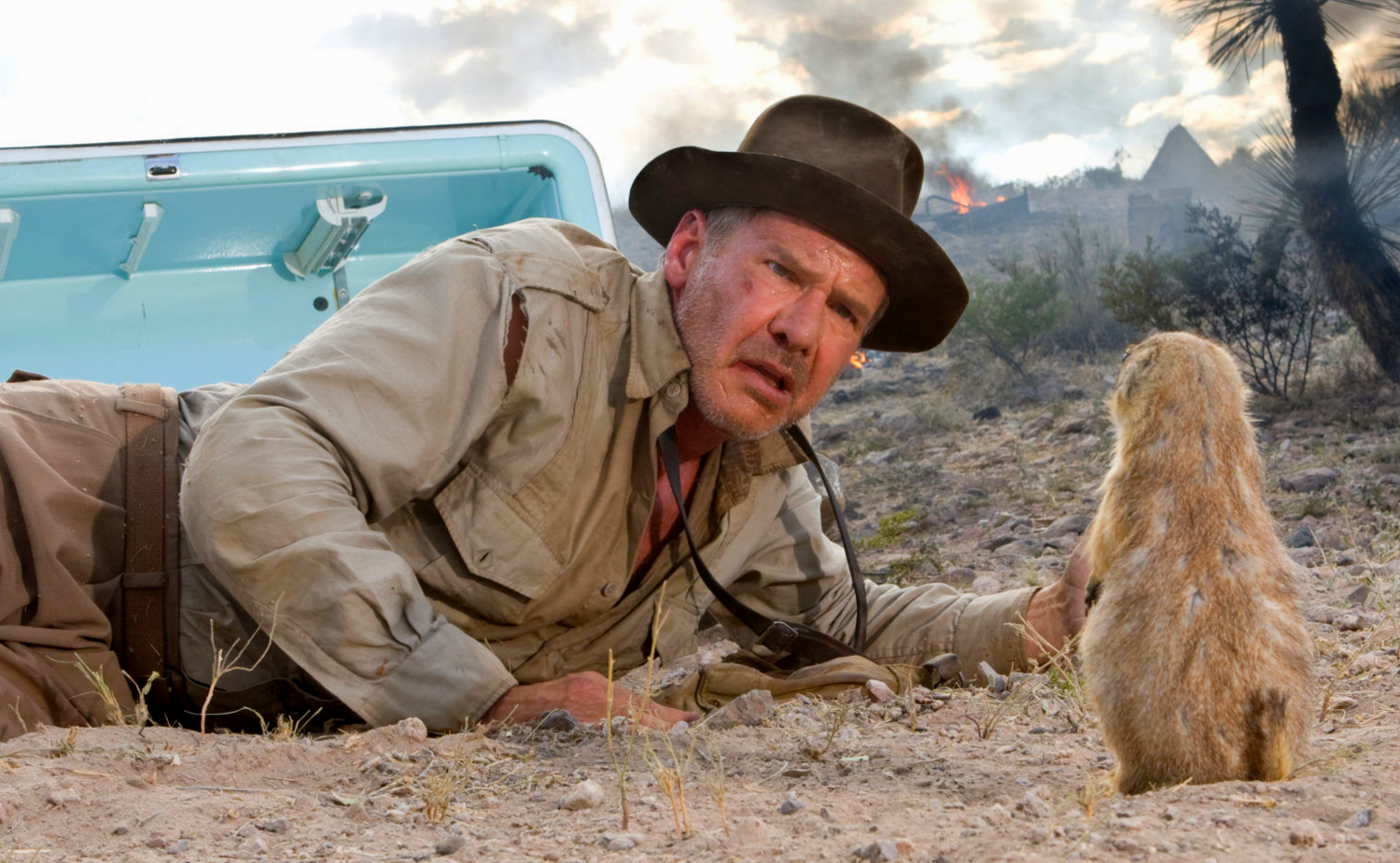 As of this writing, Waller-Bridges’s role in Indiana Jones 5 is unknown, but many assume it will serve to introduce her character for a future appearance of transition into the lead.  Sources state that the current gossip around the set is that Waller-Bridges character will indeed take on the lead role.

Many may remember Waller-Bridge from her Amazon Prime series, which she created and starred in, entitled Flea Bag.  Indiana Jones 5, currently set to hit theaters in 2022, will be the first entry into the franchise that will not see Stephen Spielberg at the helm as the director.

Speaking in May of 2019, about his retirement from the role and his possible replacement, Ford offered:

The fifth installment in the Indiana Jones franchise, and the last starring Harrison Ford, is slated to premiere in theaters on July 29, 2022.