It seems that there is a rumor going around tinsel town like a California wildfire about some very exciting potential cast addition to the upcoming 4th entry into the John Wick film franchise.  Rumors have it that Wesley Snipes, most notably known for Blade, is in negotiations with the studio that produces the John Wick films for a supporting role in the next sequel.

It is essential to fans keep in mind that these are just rumors, and there have been no comments, one way or another, forthcoming from the studio or the actor himself.  But the rumors are gaining momentum, as they usually do, in Hollywood and on the internet.

Snipes is rumored to be considered for a swordsman character with tremendous skills and is said to be playing alongside Reeves’ character in several scenes in the film. 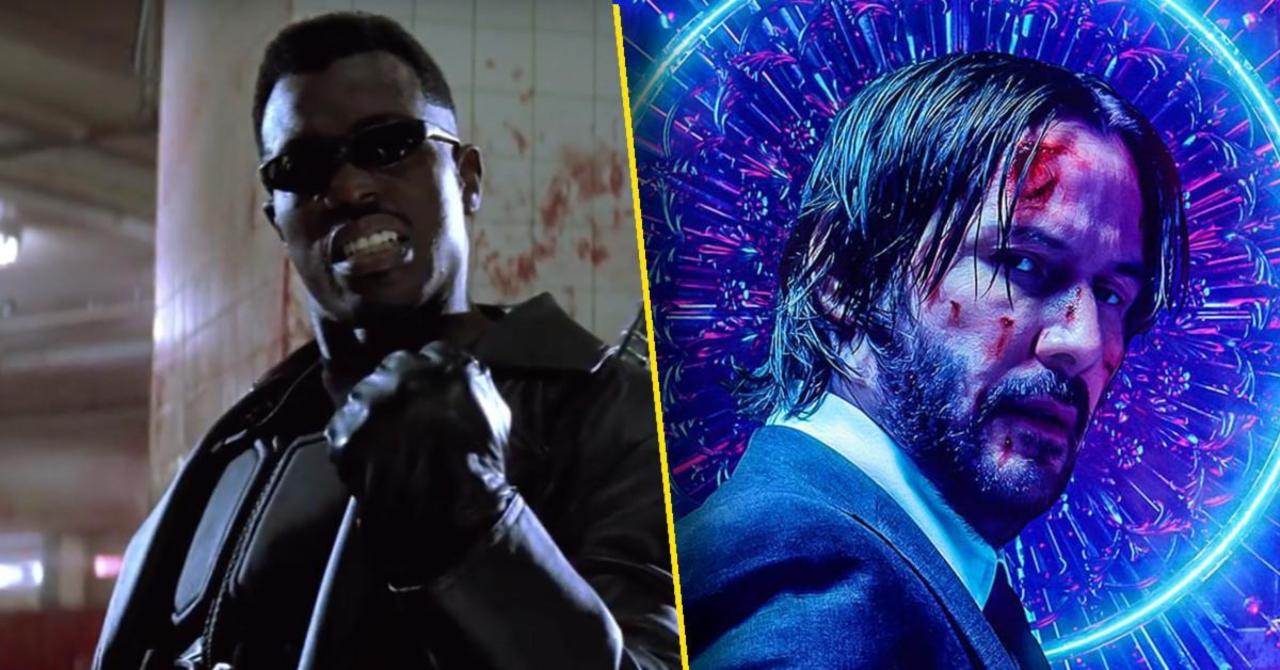 If the rumors are indeed true, the film is starting to get heavy with talent.  Actor Donnie Yen (Rogue One:  A Star Wars Story) has already been confirmed as cast in the role of an old friend of Wick’s.  Rumors on Yen’s role offer that the character:

“…shares his same history and many of the same enemies.”

Other heavy hitters for the cast include Bill Skarsgard (It), Shamier Anderson (Stowaway), and Rina Sawayama (British-Japanese singer) will appear alongside Reeves in his titular role.  Also returning are Ian McShane, Lance Reddick, and Laurence Fishburne as the Bowery King.

When asked about his return, Fishburne said:

“I read the script.  It’s really, really cool.  As much as it’s the same world as the other three films, it’s just deeper.  It’s much deeper in terms of the code of the assassin and the relationship he has with one character in particular who I think Mr. Watanabe is playing…is really the heart and soul of it.”

It is not known the role that Ken Watanabe will be playing in the film as of yet.