Two mothers have recently become the most recent record-holders in America.

A 37-year-old Keira D’ Amato, a mother of two, set the American women’s half-marathon record on Sunday with a 2:19:12 finish at the Chevron Houston Marathon in Houston, Texas.

It did not end here as Sarah Hall, a 38-year-old mother of four sets the American women’s half-marathon record with a time of 1:07:15 at the Aramco Houston Half Marathon. 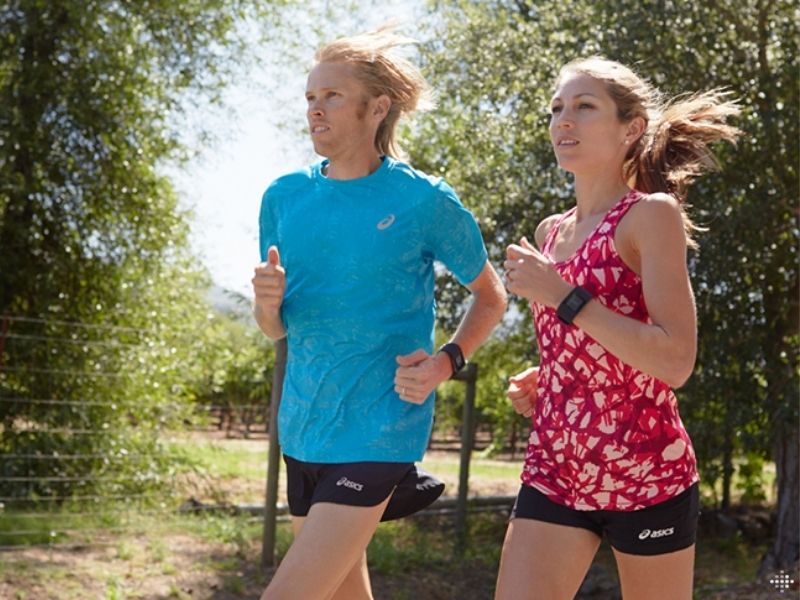 It is almost after 15 years Sarah Hall sets the record as her husband and coach, Ryan Hall, had set the record in the same American men’s half-marathon record race, which the record still holds.

In 2015, Hall’s adopted four daughters. Since then, Sarah kept training and competing. After the race on Sunday, Sarah said we had not lost anything that D’Amato and I had accomplished as mothers.

According to Women’s Running magazine, Hall said, “It is a special moment for both of us as we have kids. We both have undergone a lot in our lives, and I think people can relate to that.”

Kiera D’Amato is an All-American runner in college. Due to an ankle injury and giving birth to her two kids, she took a seven-year break from running.

D’Amato started running again in 2016 and ran her first-ever marathon in 2017. She was then seven months after giving birth, and her husband was deployed with the Air National Guard.

According to Houston ABC station KTRK-TV her two kids congratulated her once she crossed the finish line.

D’Amato says, “My kids have seen me day in and out leave for a run. They have been a part of this journey and my sacrifice. When I crossed the line, they were there, which was one of the happiest moments in my life.” 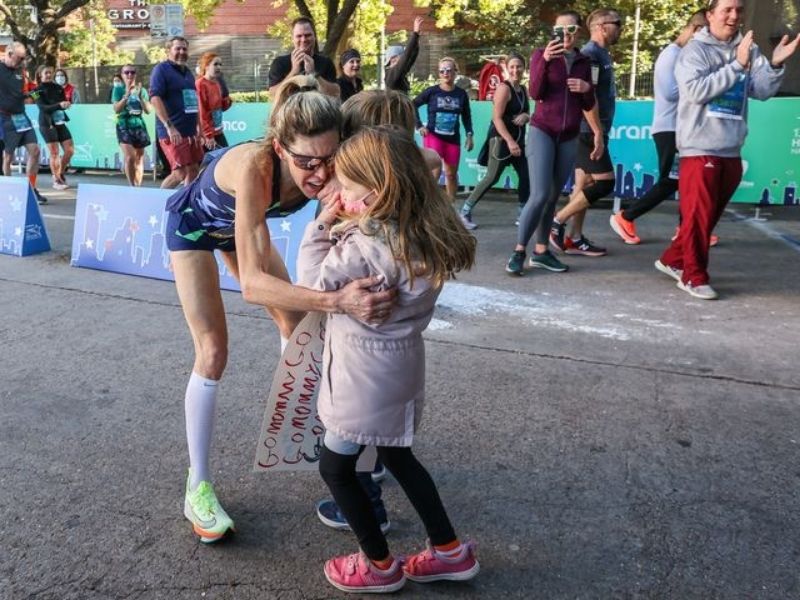 She tweeted, hoping her victory could inspire other women to believe in themselves.