Now there is a phrase that I never thought I would hear in my lifetime.  However, it seems that bookmakers in the UK have Dwayne Johnson in third place for president, just being Trump and Biden.

As many already know, the action star has not thrown his hat into the presidential ring and is not running the 2020 election.  But, if he were to take a notion and decide to run, he would have more than a small chance of winning.  With his massive audience of fans, the last count of 185 million followers on Instagram, and his current influence, he would be able to hit the ground running if he were to enter the race.

Johnson took to social media earlier this week, penning a passionate plea to both the Trump administration and the White House referencing the death of George Floyd.  It is no secret that the US is currently in a very hyper tense time right now, with riots and protests continuing nationwide. 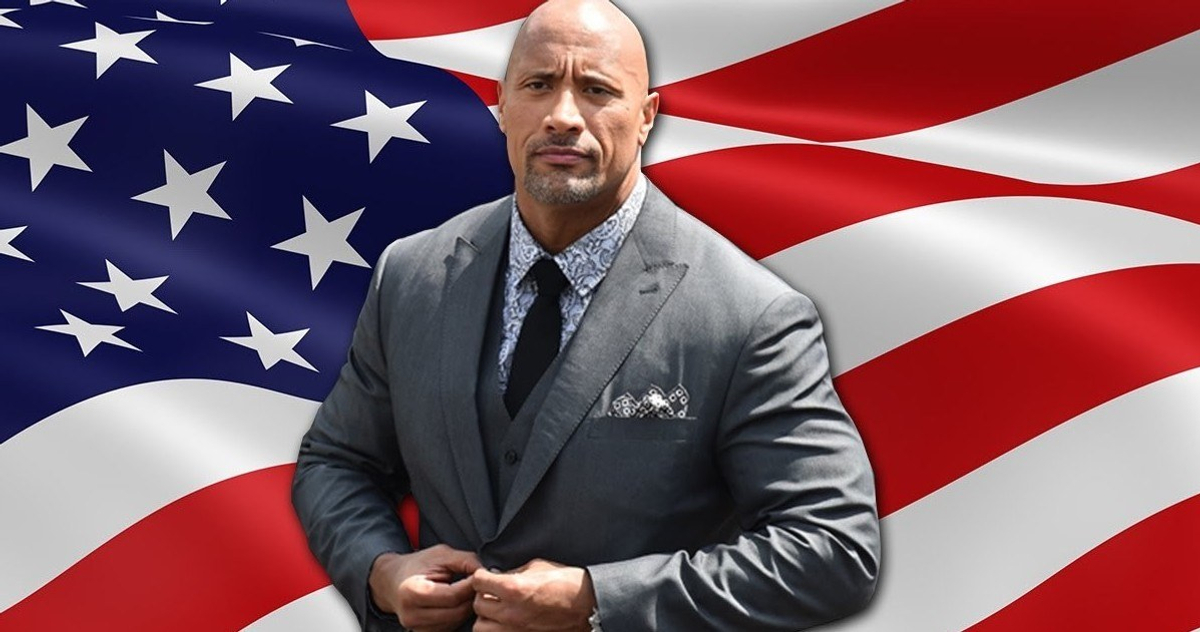 For many, Johnson’s post deemed to have a presidential tone.  Although he has never confirmed if it would indeed be a reality, the star has talked about the possibility of running for the White House before.

It seems that UK bookmakers have him at a 0.2 chance of winning the 2020 Presidential race.  That may not sound major, but it is impressive for someone who isn’t even on the ticket.  According to the same bookmakers, Johnson is significantly beating out Bernie Sanders, who once was a candidate.

It is undeniable that the landscape of the 2020 election has morphed significantly over the last few weeks.  With the announcement that Joe Biden has clenched his parties nomination means that Donald Trump is no longer the frontrunner that he was.  It only goes to prove that a lot of change is possible over the next few months as we head into the general elections.