Theaters have struggled to get back to normal amid the Covid-19 pandemic but it has not been going well. When theaters finally opened their doors back up in late August, mid-tier pictures made their debut as the first during the pandemic, the most notable being Unhinged, a violent thriller starring Russell Crowe. It did not do well. Come September, Christopher Nolan’s Tenet burst onto this scene as the first big-budget action movie and it did…okay? Internationally, it did fairly expected numbers but in the US, where several theaters were still shut down upon its domestic premiere, the numbers were considerably low. And in between both these pictures was New Mutants, a dark Marvel movie that had been on Disney’s backburner for as long as the Fox/Disney merger was on the table, given that New Mutants was a product of the Fox era.

While it doesn’t seem that theaters will be returning to their normal selves anytime soon, the aspect of films heading to home video still remains. If you weren’t able to catch New Mutants in theaters, be it from a busy schedule or, you know, theaters not being open in your state, you’ll finally get your chance to see the constantly-canceled mix of mutant action and dark horror.  More or less intended as a spin-off to the events of 2017’s Logan, New Mutants follows a collective of teenage mutants being contained at a facility to come to terms with their powers and their fears. The constant pushing back of the film has led to release dates of February 2019, August 2019, April 2020 and finally August 2020. And now it has a home video release of November 17th on Bluray and digital.

Check out the cover art and special features below: 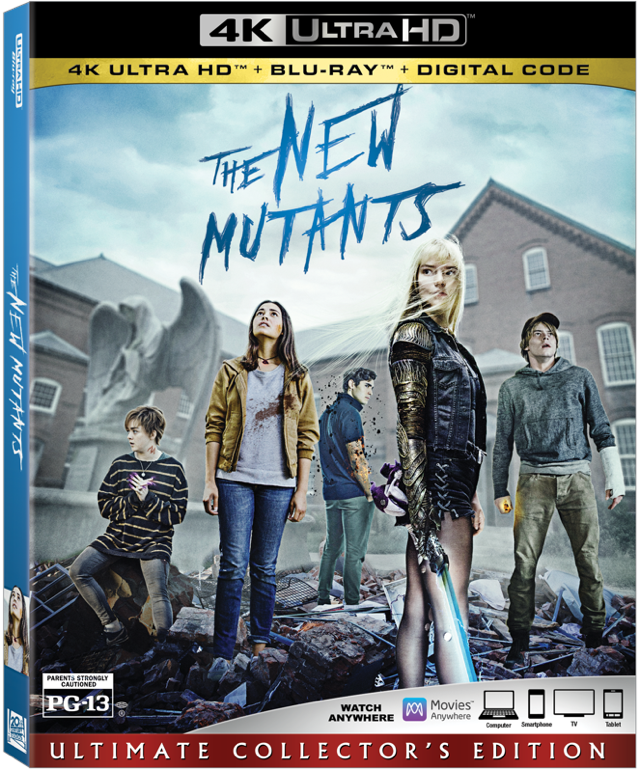