Well, this one here is pretty much a no-brainer.  A recent fan poll revealed that Marvel is the world’s most popular superhero universe.  However, DC did earn high marks from those polled for both their universe and the characters that inhabit it.

In addition to the fan poll, data was garnered that showed that the Marvel universe is more popular than its counterpart, the DC universe, in search engine traffic.

It is essential to point out that, even with the use of search data to determine the top performer, DC still received high marks—and the information also proved that both universes are massively popular worldwide.

Game.co.uk conducted a survey that analyzed information garnered about Google search results as they pertained worldwide.  The survey was conducted to determine which of the two universes were the most popular, along with their heroes and supervillains. 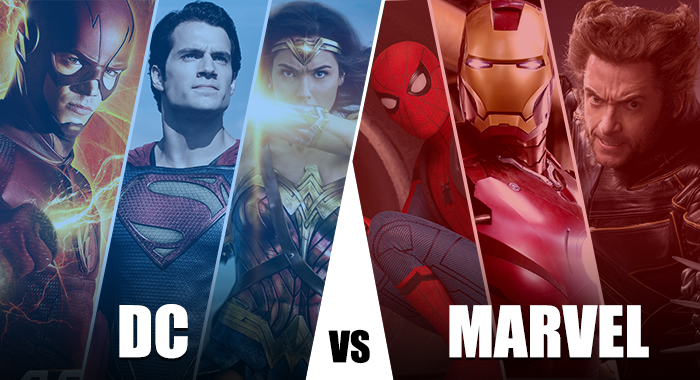 The information showed the results of the most searched characters and universes. It broke down the results by country—with an extra close look given to which universe was the most popular in the United States.

The results, as a whole, were not that surprising, although some were somewhat interesting.  They showed the impact that both the MCU and DCEU have had as to which characters are being searched out the most.

That data was gleaned from sixty different countries, with Marvel proving to be the most searched universe in approximately fifty-one of them—also reigning supreme over all of North America.  The United States alone showed over 300,000 searches monthly relating to Marvel.

As for the total percentage of countries, the data showed that 85% were searching Marvel every month.  This resulted in a bona fide landslide win for the Marvel universe.  As for DC, they did well in both Europe and Asia, outperforming Marvel in these countries.