Supernatural was undeniably one of the most beloved and influential series in the history of the CW network, if not television overall.

Having run an unprecedented fifteen seasons, now one year after it signed off the airwaves, the franchise is looking to return offering a new look at the characters in a prequel titled The Winchesters—centering on John and Mary Winchester, parents to Sam and Dean.

Currently, in the development phase over at the CW, the new series will be executive produced by Jensen Ackles. Who portrayed Dean Winchester on the original Supernatural, alongside his wife Danneel Harris-Ackles.  Jensen will reportedly be reprising his role of Dean and will serve as the narrator of the series. 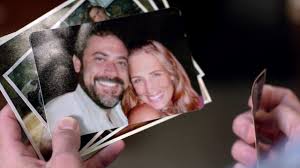 “Before Sam and Dean, there was John and Mary.  Told from the perspective of Dean Winchester (Jensen Ackles), The Winchesters is the untold, epic love story of how John and Mary Winchester met and how they put it on the line not only to save their love but the entire world.”

Ackles will be executive producing the series through his production company, Chaos Machine Productions, which he launched with his wife Danneel late last fall.  The production company has an overall deal with Warner Brothers Television, which brought us the original Supernatural.

“After Supernatural wrapped its 15th season, we knew it wasn’t over.  Because like we say in the show, ‘nothing ever really ends, does it?’.  When Danneel and I formed Chaos Machine Productions, we knew the first story we wanted to tell was that of John and Mary Winchester.”

The characters of John and Mary were originally portrayed by actors Jeffrey Dean Morgan and Samantha Smith.  The two quickly became fan favorites and returned to the show later in the series several times.