Bindi Irwin pays tribute to her father in the most beautiful way.

She revealed a photo of her tattoo paying tribute to her late dad, Steve Irwin, and baby daughter Grace Warrior.

Bindi captioned her photos, “The words I spoke to our daughter as I held for her the first time in my arms were “My graceful warrior,” showing off the new ink alongside baby Grace.

She continued, “That’s how her name was born. It is my dad’s handwriting to keep him with me, always. Our dear alligator, Daisy, is next to these words to represent our conversation work as Wildlife Warriors. Since Grace’s breastfeeding journey ended, now felt like the perfect time for this empowering artwork.”

Steve Irwin, “Crocodile Hunter,” Bindi Irwin’s father passed away in 2006 after a tragic encounter with a stingray when Irwin was only eight years old.

After Steve’s death, his family continued his legacy as conversationalists. More specifically, running the Australia zoo and the charity he began in 2002, “Wildlife Warriors,” raises funds for several wildlife initiatives.

Last year in September,  Bindi honored her dad on his 15th death anniversary.

Bindi said ‘Bump’ last year, “My dad was the first person to create the term ‘Wildlife Warriors’ before giving birth to Grace. We have referred to our daughter as our ‘Baby Wildlife Warrior.’ being a ‘Wildlife Warrior’ means standing up and speaking for those who cannot speak for themselves. 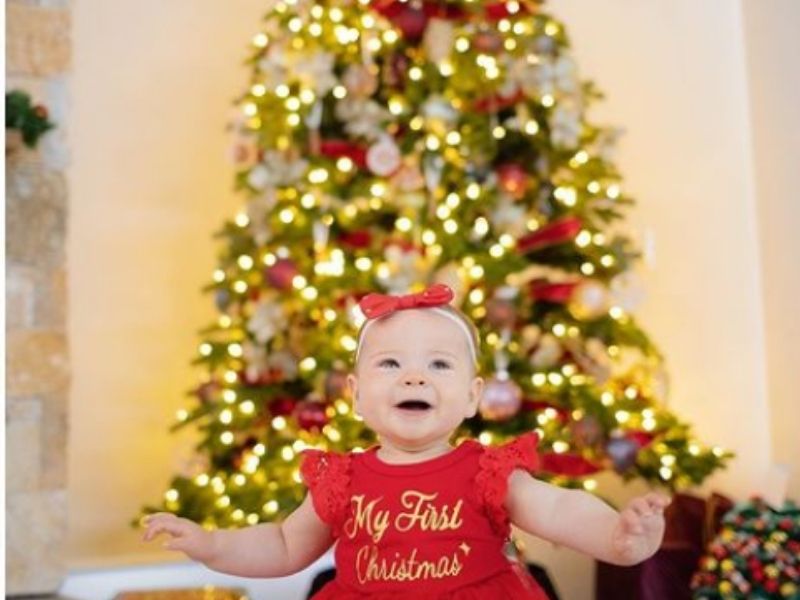 Irwin posted a photo of Grace sitting in front of the family’s tree, captioning, “Celebrating nine months with this cutie on Christmas Day.”