Barbie’s ‘Inspiring Women Series is a collection of dolls launched in 2018 that pays tribute to historical and current models.

Every woman honored in the series has created history by paving the way for generations of girls to achieve their full potential, aim higher, and make their voices heard. 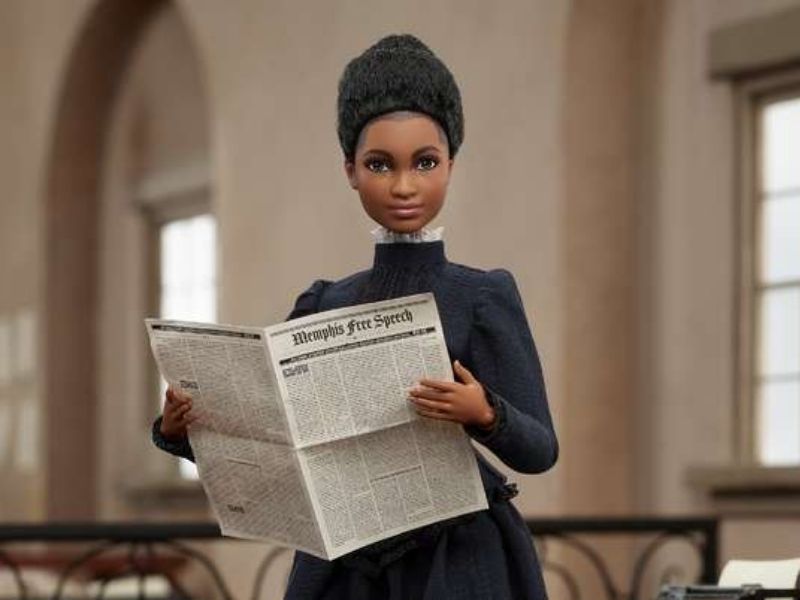 Barbie has recently honored Ida B. Wells, who has changed history and ultimately made the world a better place. Ida is the early leader in the civil rights movement and co-founder of the National Association for the Advancement of Colored People (NAACP), who has fought for Black equality and women.

The Mattel-manufactured company announced on Instagram that “Barbie is proud to honor the incredible Ida B. Wells as the newest role model in our ‘Inspiring Women series.’ When kids learn about heroes like Ida B. Wells, they don’t just imagine a better future; they know they have the power to make it come true.”

The latest release is part of the iconic brand’s ongoing commitment to highlighting black models who are women and continue to provide resources that directly impact the community.

The Wells doll is dressed in a floor-length lace dress and holds a miniature replica of the Memphis Free Speech, the newspaper where she would eventually become both editor and co-owner while only in her twenties.

The doll’s wardrobe is designed to showcase her fierce spirit and inspire the girls to be their pioneers through an imaginative game.

It was created in collaboration with Ida B. Wells’s family, including Michelle Duster’s great-grandchild. She, too, has charted her course as a public historian and author of the newly published Ida B. Wells, “Voice of Truth.” 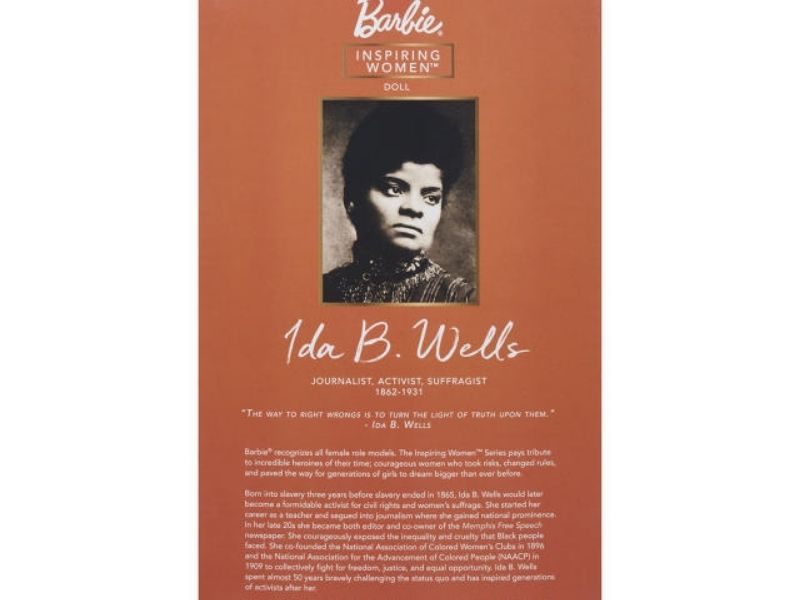 Ida B. Wells was a journalist, activist, suffragist, and researcher who worked tirelessly to spotlight civilian injustice. Her achievements include co-founding the National Association of Colored Women’s Clubs and the NAACP. She is an anti-lynching activist who received the Pulitzer Prize posthumously in 2020.