Sacha Baron Cohen got his first big break on UK television where he developed the satirical program of Da Ali G Show. For his bits, he dressed up as the dim-witted white suburban rap-loving Ali G and interviewed assuming guests who were not in on the joke. On this show, Cohen also developed the characters of Bruno, an eccentric German fashion-obsessed interview, and Borat, an over-the-top Kazakh immigrant. All three of these characters have had movies but it was ultimately 2006’s Borat that stole the show. The success of the film was huge, leading to Borat’s catchphrases of “My wife,” “Very nice,” and “High five” about as quotable as Austin Powers.

After he performed the Bruno movie in 2009, Cohen temporarily moved away from the character interview comedy to more straight roles in such big films as Hugo. He did, however, return quite recently to this format with the show Who Is America, where he played numerous characters amid the American landscape that gave enough rope for political figures to hang themselves. Of note from this show is when he convinced a leader of the NRA to make a PSA comparing guns to toys and getting a senator to scream the N-word while practicing self-defense. The show is still in production for a second season and one segment that has already been discovered was him playing a country musician at an alt-right rally where he managed to convince the audience to sing a racist song, not unlike Borat’s bit of getting southerners to sing “Throw The Jew Down The Well.” 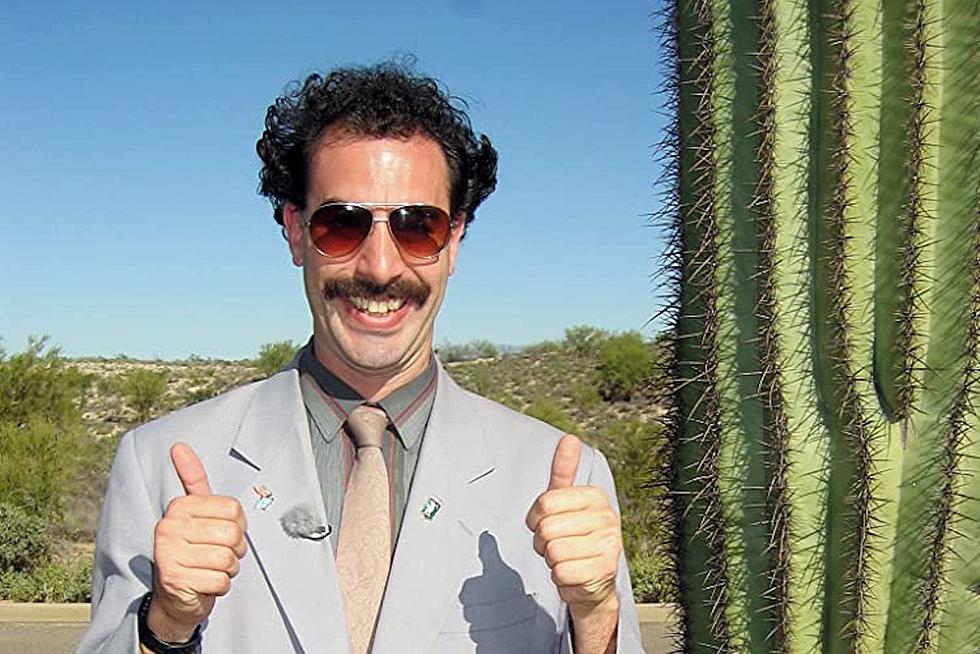 Collider broke the news that Cohen has apparently been filming a Borat sequel in private and has not only finished it but screened it a few places as well. If you’re wondering why nobody has spotted Borat during filming, this plays into the plot of the film. The premise is that Borat fears he is too recognizable that he can’t interview anybody anymore, reflecting Cohen’s retirement of these characters for his reality comedy sketches.

There’s no word yet on if this film will be distributed and where considering the original film was distributed by 20th Century Fox. Since their merger with Disney, it’s unclear where Borat 2 will proceed from here as it’s making its rounds with industry types.